Here are the results of all St. Finbarr’s athletes who took part in the Dublin Marathon. Congratulations to all!
As you can see there were many individual medals won and St. Finbarr’s won the Senior Ladies Team Prize with Emma Murphy, Anne-Marie Holland and Mary Sweeney bringing home the gold!!! 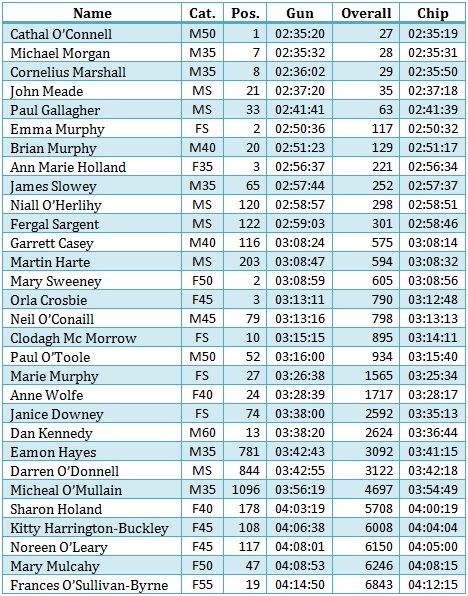 Fantastic performances all round in the Dublin Marathon today.

These are just the people I know of in the race so please send me details of all other Barr’s runners so that I can add their results to this post by emailing me – oregan.dave@gmail.com

There were some fantastic performances by Barr’s athletes again in Ballycotton yesterday. Scanning through the provisional results there are a lot of Barr’s members in the Top 100 and some fantastic times posted by people.

In the ladies Claire McCarthy was third lady home in a great performance, Margo Dinan was 2nd F45 (with a pb!) and Mary Sweeney was 1st F50.

Great performances. If I missed anyone apologies as this was from scanning the provisional results and I will update this to correct any errors or omissions when the proper results are out with the list of category winners.

Well done to all who ran so well on a nice day for running (despite the wind coming back!).

The club had great results again in the County Novice Cross Country in Carrignavar yesterday as the Mens team was 2nd and the ladies team was 3rd!

Eoin O Keeffe brilliantly led the mens team home with a 7th place finish and was closely followed by Alex O Shea in 8th with Kevin Coleman, Oskar Djarv (3rd U23), Declan Murphy and Paul Downey all in the top 20. Congrats to all the men from the Barr’s who raced so well and who competed in huge numbers!
Michelle Nolan ran a fantastic race to finish 3rd in the ladies race and led our ladies team to an excellent 3rd place finish. Barbara Curran, Kathleen Kelly and Irene Eighan all scored for the team. Congrats to all who ran so well!!!

Apparently due to an error the times are off by 12-15 seconds. Here are the results of the Barr’s runners that competed:

Well done to all who ran!

Congratulations to all who took part in today’s very successful Half Marathon in Blarney. In very warm conditions and into a headwind on the way back there were some great performances produced in a race completed by over 500 runners.

In the mens race which was won by Michael Herlihy of North Cork AC with an excellent race in 1.10.44, John Meade led the St. Finbarr’s mens team to victory with a fine 4th place finish just a week after his Dingle Half Marathon victory. Cathal O Connell (1st M45) who was 5th and Michael Morgan who was 8th completed the team. Michael Murphy and Willie Hayes were 2nd and 3rd M55.

Well done to everyone who made the race such a success. That goes for participants but even more importantly to all who helped with the organisation on and off the course. The pacing, stewarding, water and post race refreshments were first rate and the timing chips worked very well so thanks and well done to all concerned. Thanks and well done also to Race Director Ken Devine who worked tirelessly to pull everything together and did a great job  in organising the race.

Final thanks to our sponsors John Buckley Sports who included a leaflet giving 20% discount for all participants in the goody bag. John is a great supporter of the club and indeed of athletics generally in Cork.

Congratulations to John Meade and Gillian Cotter who made it a Barr’s double in the Dingle half marathon on Saturday.
John completed a hat-trick with his third successive Dingle half marathon victory in a time of 1:14:38 over the challenging course.
Gillian Cotter completed her biggest win to date in a time of 1:31:16.
Well done to all who took part in any of the Dingle races!

END_OF_DOCUMENT_TOKEN_TO_BE_REPLACED

Cathal O Donovan ran another pb in the Carrigtwohill 5k on Wednesday, 18th July, 2012. On a nice evening Cathal ran 15.33 to finish third in a competitive race held on a testing course. John Meade was 5th while Cathal O Connell was 9th (1st M45) and Rob Patterson was 10th.

In the ladies race Geraldine O Shea was 4th and Michelle Nolan 5th.
There was a large Barr’s contingent on the night and well done to everyone who ran.

In the Donoughmore 7 mile race on Friday 20th July, 2012 John Meade was 2nd and Cathal O Connell 3rd while Michael Morgan was 5th and Dennis Lyons 10th.
In the ladies race Claire McCarthy was the winner in 42.12 with Karina Teahan finishing 3rd and Gillian Cotter 4th.

Well done to everyone who ran. 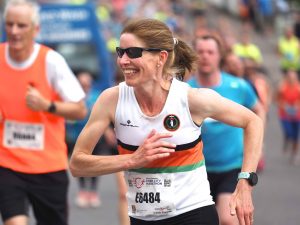 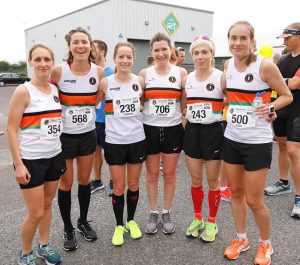 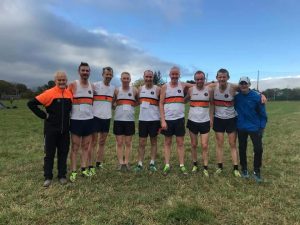 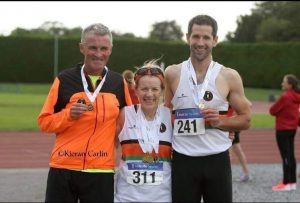 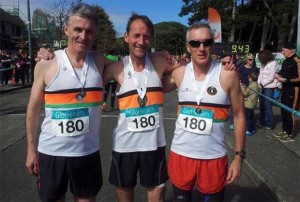 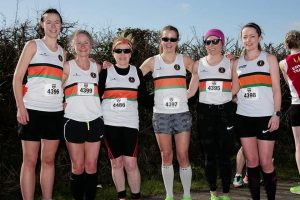 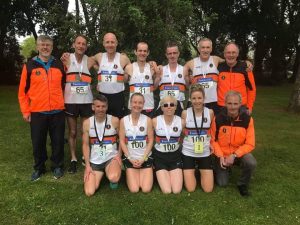