On behalf of St.Finbarr’s A.C., many thanks to all the runners who supported this year’s Cork Half Marathon. Alan O’Shea of Bantry A.C. was our race winner with a very impressive time of 1:07. O’Shea was pushed hard in the early stages by Philip Harty of West Waterford, but by the finish the Bantry man had 2mins to spare over Harty. For the BARRS men, the ever consistent Cathal O’Connell was third overall in a time of 1:12. The club’s remaining top five men included Alex O’Shea (1:13), Dennis Lyons (1:18), the ever improving David Butler (1:21) and Kalman Vari (1:22). Just outside the top five, the trio of Garrett Casey, Tim Forde and Martin O’Reilly recorded very respectable times of 1:25+.

For the BARRS ladies, Emma Murphy successfully defended her Cork Half Marathon title with a repeat time of 1:22. Ann Marie Holland (1:22+) was second overall 3mins up on last year. The club’s remaining top five ladies included the evergreen Mary Sweeney (1:28), Marie Murphy (1:29) and Orla Crosbie (1:30). Clodagh McMarrow (1:31) and Collette Holland (1:33) were other notable finishers for the ladies. 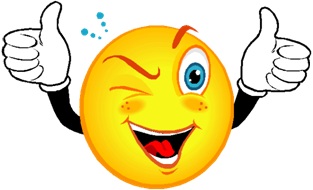 “Just a short note to thank everybody in the Club who helped out with the pre-race & post –race organising, stewarding, and pacing of the event and for helping to make the race such a success for the Club and an enjoyable experience for the participants. In  particular, I’d like to thank our main sponsor John Buckley Sports for their continued support of our race. A big thanks also to Supervalu for their support this year”.