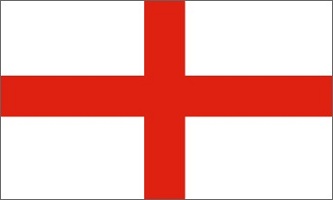 James Henry (Jim) Peters was one of the greatest marathon runners. His exploits in the early 1950s are often overlooked because of his dramatic collapse at the 1954 Empire Games in Vancouver. Jim was born on 24-Oct-1918 at Homerton in the east London Borough of Hackney. He overcame childhood poverty and ill-health to make his name as a runner. His speciality events were the 6M and Marathon. In 1946, he was English 6M champion and 10M champion in 1947. Peters finished 8th in the 10,000m at the 1948 London Olympics after being lapped by the great Emil Zátopek. Jim wanted to quit the sport, but his coach persuaded him to focus on the Marathon. For the next three years, the mild-mannered Jim trained hard and ran low-key races, all the while working full-time as an optician in Essex. 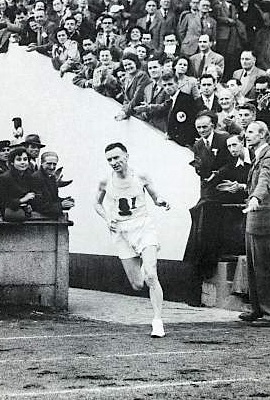 When Jim Peters pulled on running kit he became a demon running machine. His motto was “Kill or be killed‟ and his fierce training programme horrified friend and foe – “I bashed it night after night” in his own words. He single-handedly revolutionised Marathon running pace giving all that he had in each and every race. He smashed world records while running in plimsolls, commonly known as sand, or beech shoes. Jim said he used to swap feet after a few months so they wouldn’t wear down in the same place! Notwithstanding, he was the first man to run the 26.2M / 42.2km distance in under 2hrs 20mins, an achievement equivalent to the breaking the four minute mile. His comeback in 1950 involved a self-imposed training programme of unprecedented intensity. Lacking a tactical sense and ignoring conventional wisdom, he ran ‘ugly’. But guts and sheer bloody-mindedness saw him grind out victories irrespective of the conditions. He won the Polytechnic Marathon, a point-to-point race from Windsor to Chiswick, West-London, four years in a row. In 1951, after a great battle with the veteran Jack Holden, Jim set a British record time of 2:29:14. This run was surpassed by his next three Poly Marathons, all of which Jim won in a world best time. In 1952, an Olympics year, he clocked 2:20:42. In 1953, he ran the first sub-2:20 point-to-point race clocking 2:18:40. Later in the year, he ran the first sub-2:20 out-and-back race clocking 2:19:22 at the Enschede Marathon in The Netherlands. On 26-Jun-1954 he clocked a career best time of 2:17:39 setting another world record at the Poly Marathon.

In spite of all his Marathon exploits, Jim was plagued by a series of setbacks at international level – a situation akin to Paula Radcliffe, the Woman’s World Record Marathon holder, who failed to win a medal at four consecutive Olympics (1996 – 2008). At the 1952 Helsinki Olympics, Peters opened a commanding lead in the Marathon, but he began to develop leg cramps, something he said he’d never experienced before, and was eventually forced to quit the race after 30km while in 4th position. It was a crushing defeat for the pre-race favourite. The next year (1953) Peters was running just as well, having gradually built up his training workload. Peters looked in even better form in 1954. Following a horrendous transatlantic journey, he finished 2nd behind Veikko Karvonen (Fin) in the Boston Marathon and looked a certainty for the 1954 Empire (Commonwealth) Games in Vancouver. 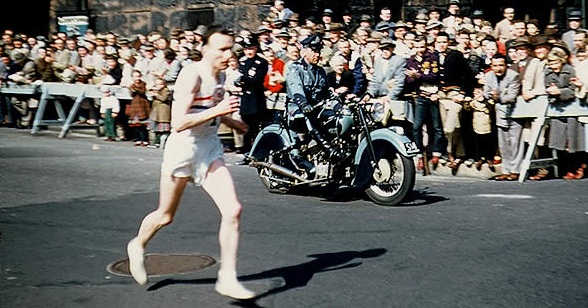 Two steps forward, three to the side

Jim’s Empire Games began well clocking 29:20 to win a bronze in the 6M track event. The Marathon set off at noon on 07-Aug-1954 in sweltering hot and humid conditions. Jim set a blistering pace entering the stadium 17mins ahead of the next man. However, he was to pay dearly for this policy of running ‘eyeballs out’ every time. The final victory lap turned to excruciating heartbreak as the gangly and exhausted optician collapsed from heatstroke. Reports say the sun was so warm that tar melted during the race. Only six out of sixteen starters finished and Jim would not be one of them.

On entering the stadium, he appeared drunk swaying from side to side and it seemed one half of his body was paralysed. With only 385 yards to run, Peters fell six times within the first 200 yards. Driven by instinct and a misbegotten willpower, Jim would haul himself up and stagger a few steps forward and from side to side in a tottering dance of death. The crowd could only observe in agonising silence as the tragedy played out for another 11mins until Jim collapsed over the Mile finish – 200 yards short of the Marathon line.

High in the press box, Peter Wilson of the Daily Mirror fed another sheet into his typewriter: “Two steps forward, three to the side. So help me, he is running backwards now … oh, he’s down again. The nauseous spectacle of a semi-conscious man being allowed to destroy himself while no one had the power or gumption to intervene”. Eventually, the English team’s masseur, Mickie Mayes, ran onto the track to grab Peters with 200 yards still to run. This was considered one of the greatest mix-ups in sports history. It’s hard to know who’s to blame – Mayes said officials told him that Peters had finished the race! Nevertheless, Mayes intervention probably saved Jim’s life. He was stretchered away, his skin a deathly mottled grey and a collar of foam streaming from his mouth. 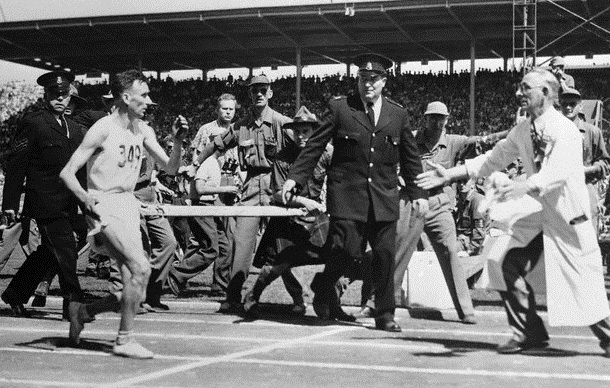 Among those who tended Peters was Roger Bannister, who earlier on outkicked his great rival John Landy to win the “Miracle Mile” while the Marathon was still in progress. Some officials, who could have informed Peters of his great lead, had abandoned their positions to watch the Bannister-Landy race. Over the years there have been several published medical studies on Peters’ collapse.

Incidentally, Stan Cox, the athlete in second position also collapsed from heatstroke. At the 25M mark, he was so disoriented he ran into a telegraph pole. Police helped him to an ambulance, and he was taken to hospital ahead of Peters. The eventual winner Jim McGhee collapsed five times on the course, but he heard the two men ahead had failed to finish, so he picked himself up and went on to win – a real race of attrition if ever there was one! It seems bizarre now that athletes in those days paid so little attention to the body’s need for proper hydration – Peters drank no water during the entire race. 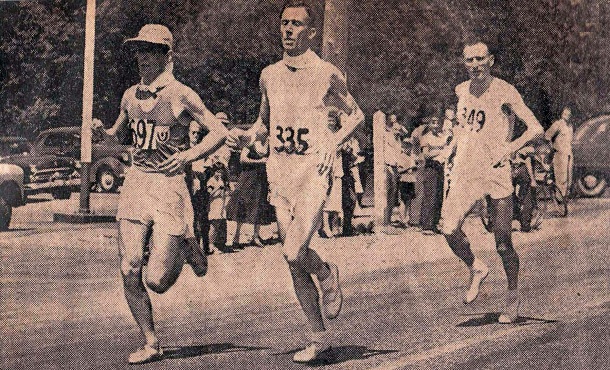 In 1994, the dapper 75-year-old Peters said he’d no recollection of his Marathon collapse and conceded he was lucky not to have died that day. He said he’d often suffered since from giddiness and what he called ‘my Vancouver headache’ and cheerfully admitted regrets: ‘I set off too fast in the heat, but that was always my way: to destroy the field. I actually had a lead of nearly three-and-a-half miles. If someone had told me I was so far ahead, I would have stopped at the last feed station, had a good sponge down and trotted in slowly. When I woke up in hospital I thought I’d won. When I asked a nurse, she’d said, “You did great, Jim, just great”, so at least I went back to sleep a winner.’ My lasting regret is that all the focus on my folly denied just deserts for the actual winner, Jim McGhee, but at least I’d beaten Jim to the stadium by a whole 17 minutes, so the Duke of Edinburgh struck me a special medal, inscribed “J Peters, a most gallant marathon runner”. It’s the most treasured of all my trophies.’

Jim never fully recovered from his Marathon tragedy and retired from athletics on medical advice. Some years later, when the Commonwealth games returned to Vancouver, he was invited back to complete his historic last lap of the track. Jim Peters died at his home in Thorpe Bay, Southend-on-Sea on 09-Jan-1999 at the age of 80, a greatly revered member of the British running community.