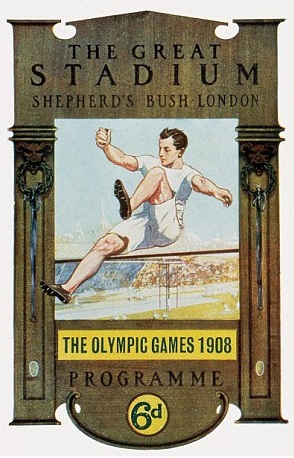 The 1908 Olympic Games diverted to London when Rome came under financial pressure following the eruption of Mount Vesuvius in 1906. The European Stability Mechanism was unable to stabilise Vesuvius and the only course of action was a full bailout (from Italy). In contrast, Britannia was very much in the black, its coffers flush with the proceeds of its global (pink) property portfolio. And so, London was a shoe-in alternative; Rome would have to wait until 1960. A purpose build 68,000-seat stadium costing £40,000 was built in ten months at White City. The Games ran over a six-month period from April 27th to October 31st. The 1908 London Games were not only the longest in Olympics history, but almost certainly the wettest and perhaps the most contentious. 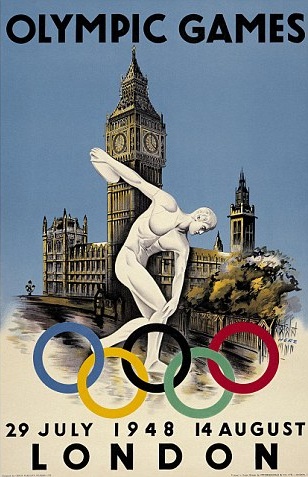 War played havoc with the Olympic schedule in the first half of the 20th Century. The 1916 Berlin Games were cancelled due to The Great War. The 1920 games were awarded as a mark of respect to war ravaged Belgium. Berlin was host in 1936 but the games were hijacked by the Nazi state propaganda machine. Tokyo was the host for 1940, but Imperial Japan invaded China in 1938 and the Tokyo authorities cancelled all construction  work. Helsinki was chosen as alternative, but the Soviet Union invaded Finland in 1939. Under threat of a wider war, the 1940 Games were eventually shelved. London was awarded the 1944 Games, but World War Two intervened. In 1946, post-war London was confirmed as host city for the 1948 Olympics. Despite boycotts and political tensions, the games have thankfully kept to schedule ever since.

The 1948 Games were organised in a climate of severe austerity. War ravaged London was still subject to food rationing and bomb damage had left the city with a severe shortage of accommodation and facilities. Improvisation was the order of the day. By adding a temporary running track, Wembley Stadium was converted to an Olympic Stadium. Government and military facilities were requisitioned to accommodate visiting athletes and media. Nevertheless, with only two years of advance preparation, London managed to pull off a memorable Games conducted in the true spirit of amateur athletics. 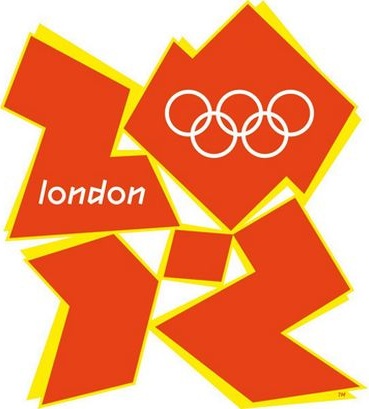 How quickly time has passed since the 1995 IOC Session in Singapore, when a shortlist of five candidate cities was considered for the 2012 Games. Paris was seen as the favourite to secure the nomination. Moscow, New York and Madrid where eliminated in successive ballots. After the fourth ballot, the bid headed by former Olympic champion Sebastian Coe and then Mayor of London Ken Livingstone was declared the winner by four votes. There followed scenes of unbridled joy in London and abject despair in Paris. For the second time since Waterloo, a diminutive French leader had lost out to a rather eccentric Londoner of tenuous Irish ancestry. I imagine one of London’s main railway terminals will soon be renamed Singapore. C’est la vie mes amis! As of 2012, London will be the first city to have hosted three Olympic Games. The Games of the XXX Olympiad, aka London 2012, are scheduled to run from July 27th to August 12th. For those of you who couldn’t give a XXXX about London 2012, expect some serious disruption to your Corrie and Eastenders schedules.

The Olympic torch relay is scheduled to last 70 days covering a distance of about 8,000 miles. The torch bearer selection process was announced in 2011 and experienced some initial teething problems. This guy didn’t make it through the selection process. He was quickly apprehended by police and despatched to the nearest branch of Specsavers.

In a break with IOC protocol, London announced that the torch relay would follow up its visit to Northern Ireland with a visit to Southern Éire. In May of 2011, her majesty Queen Elizabeth II was despatched to the Republican heartland to check out suitable routes for the relay. Following a tour of the capital’s most salubrious watering holes, the Dublin leg of the torch relay was granted the royal seal of approval. 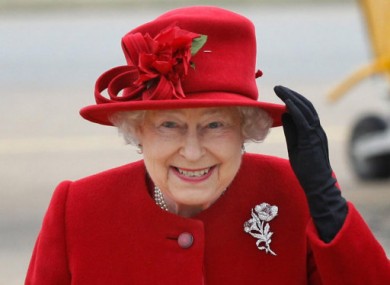