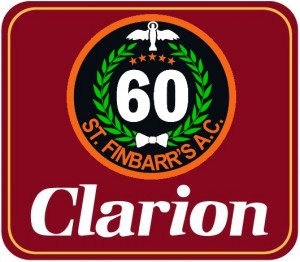 The St. Finbarr’s A.C. 60th anniversary dinner dance and awards took place on Friday February 25th.  A fantastic evening was enjoyed by over 100 members.  Fergus O’Donovan gave a fantastic talk on the club’s history and PJ Walsh presented a series of photographs from the club’s many endeavours and successes.  There were spot prizes, dancing to music by the band The Irish Weavers and to top it off, the club’s annual awards ceremony.